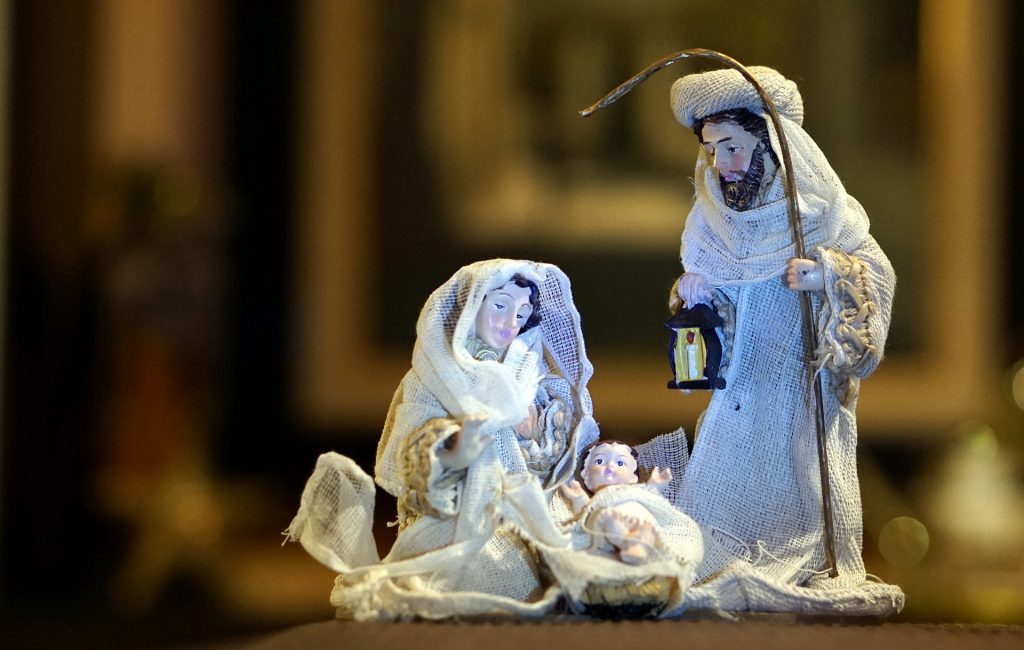 My research into the timeline of the human aspect of Jesus on Earth. The dating of His Birth and His Death.

Crucifixion: In calculating the birth of Jesus I work backwards from His death. The crucifixion of Jesus was not only recorded in the bible but it was also recorded in Talmuds (Jerusalem and Babylonian). We know He was crucified during the reign of Tiberius Caeser (14 AD – 37 AD) and the governship of Pontius Pilate (26 AD – 36 AD). According to our scripture, all four Gospels agree to within a day that the crucifixion took place at Passover. The Passover Seder is often still celebrated over two nights by many Jews due to the diaspora dating and the Sanhedrin dating. All four Gospels agree that He was crucified the evening before the Sabbath.

Many try to coordinate eclipses with the darkness but that’s highly unlikely as the Passover is always on a full moon. Not impossible as we’re talking about miracles but we shouldn’t limit our focus on natural elements but mostly focus on what we can scripturally. According to scripture the darkness was a unnatural darkness that lasted three hours. It was recorded in surrounding countries around the Mediterranean but I can’t seem to find that information any more. The Talmuds (Rabbinical writings almost on equal level to scripture) also record various mysterious events that started 40 years almost to the day before the Jerusalem was beseiged by Rome and the temple was destroyed. All of these events are not mysterious for those who understand Who Jesus was and still is. Example, the lot for the Lord always coming out in the left hand, the scarlet thread of the scapegoat remained scarlet, the western light went out, the great doors would no longer remain closed, these events were unchanged for 40 years after the veil was torn, the prayer grounds of the Sanhedrin were destroyed and the mantle of the great doors broken. Basically, God was no longer accepting sacrifices. 40 years from April of 30 AD until April of 70 AD. April of 70 AD was when Roman Emperor Titus besieged Jerusalem. By August 70 AD most of the population was massacred and the temple was completely destroyed. According to scripture only two dates fit for the crucifixion and they are April 7, 30 AD or April 3, 33 AD. To me the Rabbinical writing of the Talmuds lead me to believe in the 30 AD date. There’s one more item. The death certificate revealed in the Shroud of Turin examinations. His Body was tagged according to Roman law. So it could be returned to the family after 12 months as He was an executed criminal whose remains received Roman amnesty from disposal due to the pleas of Joseph of Arimathea to Pontius Pilate. Strips of papyrus were strapped to the head. Metallic ink chemicals were used in the writing and when the flash of light from the resurrection took placeit burned images of the writing into Shroud cloth. Readable wording from this was: Jesus, Nazarene, taken down in early evening, to death, I execute, and lastly, in the year 16 of the reign of the Emperor Tiberius (30 AD – Roman ascension dating – Tiberius as sole regent).

God’s name: What I will try to explain is the evolution of the tetragrammaton (YHWH). There are 26 letters in the Hebrew alphabet and God’s name numerically equals 26. God gave Moses a language for his people which is now known as Proto-Sinaitic (Proto-Canaanite)  which evolved to Paleo-Hebrew, which evolved to Aramaic and modern Hebrew. His Holy Name can be found in stone carvings dating back as far as 2,500 BC.

This is a picture language that tells a story. Going from right to left, the Hebrew characters for His name are the Yod, Heh, Vav and Heh for the YHWH (as we would read it in our English translation – left to right).

The second character, the first Heh also has multiple meanings as well. An enlightened human, breath, life, spirit and air. The zodiac sign is Aries (late March – late April) and the numeric value of 5.

The next character is the Vav. The character can mean a tent peg, nail or a fish hook. It can also mean a bull, an eagle, strength, masculinity, a wise priest, hearing and water. The zodiac sign is Taurus (late April – late May) and the numeric value is 6.

The last character, the second Heh has multiple meanings as well but some are surprisingly different from the first Heh due to where it is located in His Name. A human male child (a son)  a completed cycle, breath, life, spirit and air. The zodiac sign is Aries (late March – late April) and the numeric value of 5.

The story utilizing these characters in their respective order.

Yod – The creator God withdraws from being everything into the form of a human man in His unseen place in order to pray. He brings his 10 fingers of together when He prays. When His prayer is completed His power has manifested in His closed right fist (God is a right-handed male and is not missing any fingers). He creates an opening (like a window) from His unseen place and extends His hand out and opens His hand causing creation to fill in the void left from His withdrawal.

1st Heh – As creation is being filled a special, first of his kind, man is created at the head of the year (Rosh Hoshanah – Adam) from God’s creation spirit to be exalted as a king and leader.

Vav – A manifestation of His perfect faith will be put together and suspended (on a nail or nails) for all of creation to understand True and Perfect Faith.

2nd Heh – A completed cycle of faith, family and human birth will result in a perfect, completed male being born from a virgin as a spiritual son of the first male created as a leader/king also born at the head of the year (Rosh Hoshanah – Jesus) to be a perfect man of labor to serve as the perfect sacrifice (back to Vav) suspended for revelation to ALL creation as the perfect example of His Faith at the start of the Passover festival. The cycle of His creation (back to Yod) is completed during the sign of Taurus (late April – late May) as Heaven and Earth is reconnected.

Using the name of God, Jesus would be born on the 1st of Tishri. The first night of Rosh Hashanah and the anniversary of creation (Head of the Year).  This usually takes place in September or early October. Jesus would be a suspended sacrifice on Passover (15th of Nisan) usually late March or April. And He complete His mission on Earth during the sign of Taurus (late April – late May) and ascend back to Heaven.

According to scripture, Jesus Christ lived into His 33rd year (approximately 33years old). 30AD – 33 years brings us to -3 BC.

Sukkot – Festival of booths – Farmers built huts away from their homes to stay in during the last hectic week of the harvest before the winter rains came (late August). This was usually done before Rosh Hashanah. Immediately after Rosh Hashanah and Yom Kippur these huts were used as the Sukkot booths. This is what I believe Jesus was born in. There are many biblical references to the booth  / manger using the same terminology and combined with the angelic statement “Joy to all nations.” These are clear references to Mary giving birth to Him in a Sukkot booth even though that particular festival had not begun yet.

The census was a registration that involved an oath of allegiance which is why Joseph couldn’t represent his family by himself. Mary was also descended of royalty so both had to report to Bethlehem the city of King David. Luke calls it the “first” registration because it was the first of its kind. A universal Empire-wide registration for loyalty to the Emperor. This took place in August of 3 BC and had to be completed by February 5, 2 BC because that is when Roman Emperor Augustus was to be named Father of the Country and the entirety of the Rome Empire needed to swear their allegiance.

Shepherds and sheep – Wheat is an important crop in Bethlehem. Wheat grows in the Spring and is harvested in the summer. Sheep were not allowed in the fields in the spring. In the summer and winter the sheep are kept on farms for protection since they were being raised for sacrifice and must remain unblemished. Bethlehem resides on the border between the farm belt and the wilderness (predators). Fall was the only time of year where sheep were allowed to graze in the farmer’s fields for the leftovers and to leave fertilizer. This would also be their mating season (mainly September and October). This would also ensure mother ewe milk is maximized in Spring due to the fresh grass. Shepherds would watch at night to separate the impregnated females from the rest of the male lambs.

So far, all of the above information brings us to the birth of Jesus during the months of either September or October in the year of 3 BC.

Zachariah and Abijah – The schedule of the priests. Zachariah’s course was the eighth course. Let’s assume the first course since Luke does not specify that it was the second course (as he most likely would have done – he was a stickler for those type of details) which would be September. If we assume June after the Passover for the conception of John (the Baptist – son of Zechariah) then Jesus would’ve been conceived six months later (December) during the festival of lights (Light of the World, see what He did there). John would’ve been born in March (most likely during the Festival of Passover when Elijah is expected). Six months later is September. This assumption would also coincide with the census and the lambing season.
Now we have, September 3 BC.

Luke – The Gospel of Luke, who tied Jesus’ 30th year to the 15th year of Tiberius Caesar, 27 AD (Tiberius served as co-regent with his adoptive father Augustus from 12 AD – 14 AD). We can also tell from Luke’s Gospel that Jesus had been born in early evening, for Luke says, “the shepherds were keeping watch by night”, but still had time to go into town and tell the people what they had seen earlier that evening.  People rose early with the sun in those days and would have been asleep by 9 or 10 pm.  Therefore, the birth had taken place no later than 8 pm, and probably before 7 pm. Yet Luke says it happened at night, which means after sunset – surely after 6 pm in September.

Revelation 12 & Ernest L Marin – A confirmation of Luke’s timing is in the book of Revelation. Historian Ernest L. Martin consulted NASA lunar-phase tables and found the image of the heavens in Revelation 12, showed where the stars, sun and moon were, relative to Virgo, at the time Jesus was born, pin-pointing sunset of September 11th of 3 BC.  Also when considering the entire constellation described, the only such occurrence any time near the birth of Jesus was on September 11th, 3 BC during an 80 minute time span.

The results of the above states that Jesus was born September 11th of 3 BC and died April 7th of 30 AD. He rose from the dead April 9th of 30 AD and later ascended on May 19th of 30 AD.